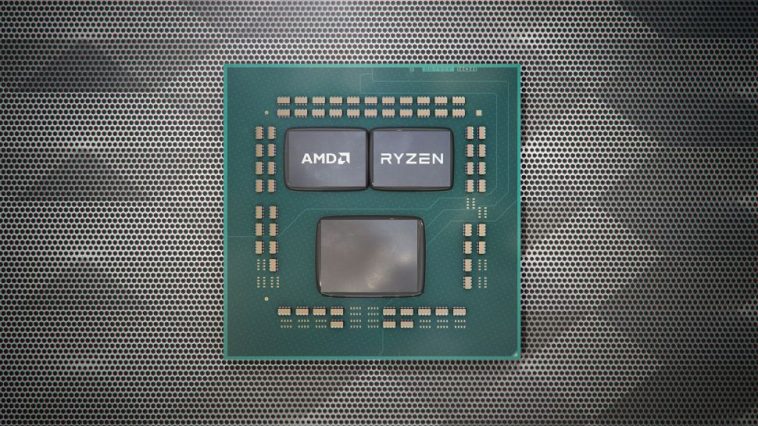 Whether you’re looking at laptops or desktops, the heart of your PC starts with the selection of a CPU, paired with the best AMD motherboard. These days, you’ll hear about four major platforms: AMD Ryzen (socket AM4), AMD Threadripper (socket TR4), Intel 9th Gen Core (socket LGA1151), and Intel’s X299 9th Gen Core (socket LGA2066). The range of CPUs is immense, going from 4-core models at the bottom up to 16 and 18-core parts at the top, with an equally large price differential. But the next round of AMD Ryzen 3000 CPUs revealed at Computex will potentially cull the number of meaningful choices to just two: Ryzen 3000 or Intel 9th Gen. Come July, it’s going to be last man standing in this head-to-head matchup.

While AMD and Intel have both hyped the HEDT (high-end desktop) market for the past several years, the truth is that market is becoming far less interesting as the mainstream platforms level up. It used to be that Intel would only give you more than a 4-core CPU if you went with it’s HEDT ‘enthusiast’ platform and spent substantially more money, but AMD’s Ryzen brought 8-core parts to the mainstream market and Intel was forced to respond. Now 6-core and 8-core CPUs are everywhere, and we know AMD is at least planning to release a 12-core Ryzen 9 3900X in July—and probably a 16-core model at some point in the future.

There will always be a market for even more cores and threads, of course, but that’s already satisfied by the server and workstation platforms, which is basically what HEDT uses, just with a few tweaks that aren’t really that important to most people. Unless you’re running serious professional applications where a workstation makes sense, I can’t see getting excited about HEDT these days. Here’s why.

Intel’s Core i9-9900K delivers an 8-core/16-thread CPU that hits clockspeeds of up to 5.0GHz. Few consumer workloads—the stuff we might actually use on a regular basis—benefit going beyond eight cores, and more cores at lower clocks often ends up being slower in many tasks, or at best a wash. Take Intel’s Core i9-9900X: it costs twice as much for two additional cores, but while performance is slightly higher in multithreaded tasks like video encoding and 3D rendering, in games and other applications it’s actually slower. Why pay more for less performance?

And it’s not just about performance and price. Intel’s Skylake-X CPUs for the X299 platform run hot, and the motherboard manufacturers are playing fast and loose. I had to enforce a 90C core temperature limit on multiple CPUs and X299 motherboards to keep the PC from overheating, at ‘stock’ operation (according to the BIOS). Even then, some workloads can push total PC power use up to 350W or more with a nominally 165W TDP processor. I know the GPU, motherboard, and other components are only using about 50-75W at most, which means the CPUs are exceeding the rated TDP by 100W or more. Which in turn makes the cooling fans go nuts—my X299 rig can get loud!

All that for a modest bump in performance in professional applications, but worse performance in general use and games. And again, the HEDT X299 platform costs quite a bit more thanks to the higher CPU and motherboard prices, plus the need for four sticks of DDR4.

AMD’s HEDT Threadripper is in a similar state, though to be fair I haven’t noticed quite the same level of heat and power use as on Intel’s Core i9-7900X and i9-9980XE. Threadripper CPUs with as many as 32 cores and 64 threads are available, but there are all sorts of oddities due to the arrangement of memory channels. With the right workload, the TR 2990WX looks great, but in plenty of other instances the lesser 16-core/32-thread TR 2950X is nipping at its heels and even beating it in most games—and you still have the more expensive motherboards and CPUs to consider.

Throw a mainstream Ryzen 9 3900X into the equation—and potentially a 16-core/32-thread AM4 CPU at some point—and Threadripper looks like it’s purely for bragging rights. “I have more cores than you!” If you’re running a server or building a workstation where a 32-thread CPU is actually useful, why not just go grab an Epyc system that doubles the memory channels? Otherwise, the third gen Ryzen 3000 CPUs appear to be more than sufficient for anything you might do, and almost certainly a superior choice for gaming purposes.

Talking about core counts also misses the point that higher per-core performance is still important. Some tasks just don’t scale to more cores, so a fast individual core is more important. Intel’s i9-9900K hits 5.0GHz on one or two cores with lighter workloads, and in such cases the internal core arrangement has advantages over the HEDT CPUs. Basically, the i9-9900K is anywhere from 10 to 25 percent faster in singlethreaded tasks compared to the i9-9980XE and i9-7900X.

That’s why I’m particularly excited about AMD’s initial performance figures for Ryzen 3000. AMD showed the Ryzen 7 3700X just edging past the Core i7-9700K in the Cinebench R20 singlethreaded test, and the same goes for the Ryzen 7 3800X versus the i9-9900K. That might not seem like a big deal, but the i9-9900K beats the current Ryzen 7 2700X by nearly 25 percent in the same test. Parity in singlethreaded performance—likely running at lower clockspeeds and using less power—is a huge deal for AMD. Hopefully that applies to other applications and not just Cinebench. That appears to be the case, but we won’t know for sure until we’ve performed independent testing.

It’s not just CPUs, though. AMD is also moving up to PCIe 4.0 with its Ryzen 3000 CPUs and X570 motherboards. That’s another first for the consumer market. In short, AMD (via TSMC) will beat Intel to 7nm, AMD will beat Intel to PCIe 4.0, and AMD’s announced specs appear to beat Intel on pricing, power, and performance. That’s the holy trinity of CPUs right there.

The question is what Intel plans to do in response to Ryzen 3000. If the Ryzen 7 3800X legitimately beats the Core i9-9900K, which is certainly possible, and the Ryzen 9 3900X increases the gap by providing 50 percent more cores and threads, Intel will lose the desktop performance crown. Could a 10-core or 12-core Comet Lake CPU, still manufactured on 14nm++, reclaim the lead? Perhaps, but Comet Lake won’t be here until fall at earliest, and perhaps not until 2020. 10nm Ice Lake desktop CPUs may not be coming any time soon either. 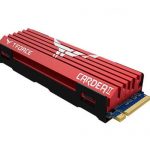